There are several lucrative ways in which you can sell your body for money without resorting to prostitution and asides from selling your hair! We’ll take you through the 6 of them: 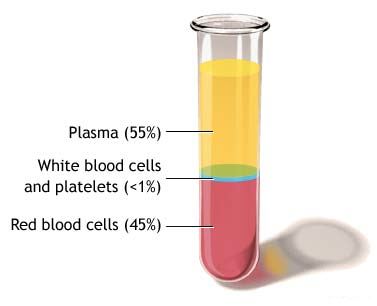 Some countries, such as the U.S, allow donors to be reimbursed for giving their blood plasma. The plasma is basically the fluid that surrounds the blood cells and it is used to help hemophiliacs, among other patients.

The process takes around an hour and you can expect to receive something in the region of $35 for each sitting. Bearing in mind you can sell plasma every 2 – 3 weeks (once your levels are safely replenished), the extra money soon adds up!

If you need some extra motivation before having your plasma withdrawn, remember that the plasma you provide may well help save someone’s life! Bloodbanker.com helps you find plasma collection centers in the US. Alternatively, a quick Google search should reveal the place that’s most convenient for you. 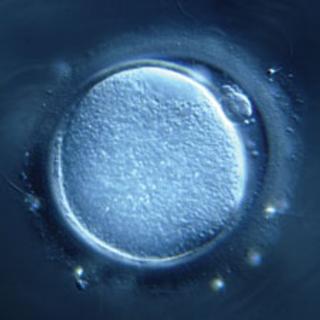 This is one for the ladies only! Do you know that a woman releases over 400 healthy eggs over the course of her lifetime? Selling a few of these could change someone’s life and earn you anywhere from $3,000 to $10,000! That’s a lot of money and there’s a reason why you’d be paid something in that region; selling your eggs is a complicated process that can take up a fair amount of your time.

You’d go through a stringent screening process and if you pass, you’d receive hormone therapy so that your eggs can be extracted. The money and satisfaction of helping egg recipients make this a popular method to make money from your body.

New mothers can cash in and help those who are unable to nurse their babies, or help babies who unfortunately do not have mothers, by selling their breast milk. Prices can reach around $3-$5 an ounce, and an infant may well drink 30 ounces per day.

Naturally, the potential buyer will want to know about your medical history and lifestyle as this greatly affects your milk.

Some restaurants are also offering money for breast milk. London company, Icecreamists, has started serving ‘Baby Gaga’ to customers using milk donated from 15 women who responded to an online advertisement.

There have probably been several times in your life where you’ve thrown away underwear, simply because it was too old and hygiene dictates. To some, hygiene isn’t at the forefront.

A market that has existed longer than the mainstream media have know, has been brought to light by none other than popular Netflix show Orange is the New Black. A recent theme in the programme depicted the protagonists selling their used undergarments to eager buyers over the internet.

This isn’t just a fictional storyline, popular site SofiaGray have created a platform for buyers and sellers to trade their used knickers. With most selling at  a starting price of $30 a pop!

Don’t be put off by the shocking name, it isn’t as bad as it sounds.

There is a specific strain of infection that causes hospitalisation of thousands of Americans each year due to severe diarrhoea. As a result of the infection being left untreated 12,000 US citizens have died. The only way to combat the infection is to perform a transplant of feces and the only way the to acquire the feces is through donors.

Medical facilities that host such donations, are willing to pay applicable candidates $40 for each donation.

6. Advertise on your body

Unbelievably there are companies out there that will pay consumers to get tatted up with their logos. As crazy as it sounds, a 30-year-old mother had the brand of gambling website GoldenPalace.com inked on her forehead in 2005 which 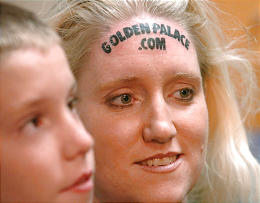 landed her $10,000 and a ton of publicity. The woman said that she needed the money to put her son through private school – lets hope her son appreciates it and forgives her for the ridicule he may suffer by his fellow students!

If you’re not partial to doing something so permanent, there are companies out there that will recruit people to wear temporary tattoos, or logos, to advertise. Some of us are walking billboards anyway, so why not get paid to do it?

Now here’s a way to put yourself out there in the name of science and make some cash! Some may not like the idea of being a ‘human guinea pig’, but there are certain perks to being a subject in medical trails. Almost all of the test out there will involve some sort of physical examination, so instead of having to pay to go see your own doctor (if you’re in a country where you’re required to pay), you can have easy access to one in the study. Also, there’s typically very little effort required on your part and you may get paid to sit around in a relaxing atmosphere and read, watch TV and even play video games!

On the flip side, in rare cases, some trials have been known to go horribly wrong ( see ‘Elephant Man’ clinical trial) and you have to remember that the drugs are being tested for a reason!

Healthy individuals between the ages 18-75 can be paid in the region of $100-$300 a day for taking part in these trials.

Unless you’re Arnold Schwarzenegger in Junior, becoming a surrogate mother is another one just for the ladies! This involves carrying another couple’s child for the duration of a pregnancy. For some it can be a mentally and physically

draining experience but for others, helping a couple that cannot conceive their own child is an exceptionally rewarding experience.

A first time surrogate mother will usually receive between $10,000 and $25,000 per birth in addition to hospital and medical costs. Experienced surrogates can make up to $45k.

Each country/state has different laws regarding the rights of a surrogate mother. Make sure you fully research and read up on what will be expected of you.

Are there other ways to make money from your body that you know of? Feel free to add them and any other thoughts in the comments section below. And don’t forget to subscribe to our blog so you always get the latest updates by email – just punch in your email ad in the subscribe box located at the top right of this page.